It’s been over a month since my last post about Dianara, so I guess it’s time to blog about its progress again. With screenshots, of course! (excuse the dark color scheme, that’s just my system configuration)

First, the posts now display the avatar, the markdown-inserted images, and the “fuzzy date”, like “10 days ago”: 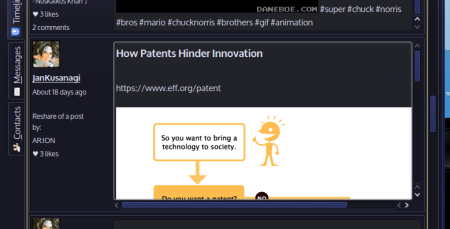 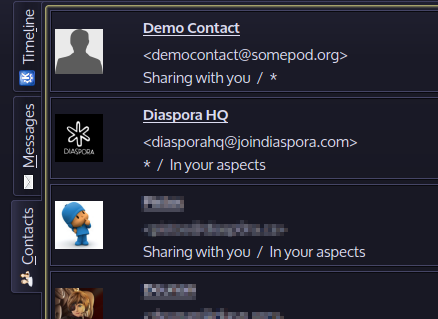 But there’s a catch: the contact list data works using Pistos’ Fake API, something temporary he added to his Diaspora fork, for developers to play with. This means you’ll only be able to see your contacts if you have an account on one of the pods using Pistos code. But then you won’t have the timeline posts.

And third, I’ve started a prototype for the Messages tab, the private conversations, but it still doesn’t handle any real data. It’s a mockup, basically: 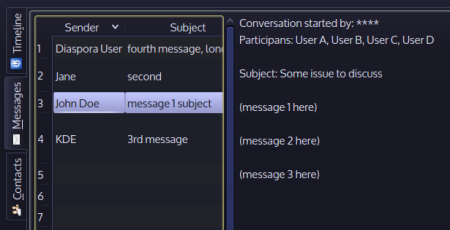 I have a 0.1 “demo” version in Qt-apps.org, but there are many changes in the git/development version, including all the above.

Dianara also has a main website now: http://dianara.nongnu.org/
Simple and ugly right now, but hopefully, it will be nicer in the future!